Eight Teams from, Cardiff, Newent, Minsterworth, Exeter, Wellington, Tweksbury all headed south to Torbay for a cracking weekend of Skittles.  Wobblys Bankers from Exeter and Sparko’s Boys from Wellington battled on Sunday in the Finals to take away prize money and trophy. The boys played some great skittles but the Wobbly Bankers continued their high scores throughout the weekend to win.  Jean Madden from Tewkesbury First was the highest scoring lady with 53, and John Street from Wobblys Bankers was the highest scoring man with 73.  For more photos go to 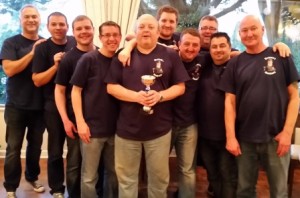