was a roaring success with over 800 skittles and supporters descending on Torquay for the weekend to battle for the British Crown. Local teams were there to defend their titles and many hoped to keep the trophies in Devon. Two new teams were crowned champions, Two Tribes from Exeter and Wiltshire Wonders from Melksham, The 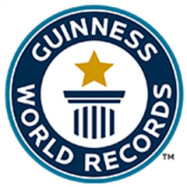 We are now waiting verification for the record which would see this as the second world record for Shoot Out. The first was set at the Devon County Show in May 2013 for the most people to complete a skittles throw in 8 hours. Want to know more? Then follow one of these links… The