So here we are in August  – a month totally governed by weather – it’s either too hot or too wet, too dry or too windy.  But it’s the last full month of summer and devoted to a massive gear change – holidays, breaks and changes of routine.

August was named after Augustus Caesar, first emperor of the Roman Empire, popping an extra month into the Roman calendar after July.  We have a lot to thank the Romans for in Britain – straight roads, under floor heating, the luxury of spas.  More on spas in a minute…..

The Romans introduced us delights that we take for granted: fresh water, medicine, wine, shops and theatres. I’m sure they must have played skittles too.  After all, it was invented in Ancient Egyptian times – even back then, you can sense the camaraderie on the alleys in these images.

Fast forward to Georgian times and the thrill of spare is definitely there in this engraving, even though the gear is a bit more formal and not all that conducive to a Dorset Flopper! 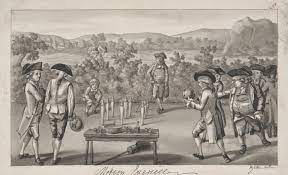 On to the 21st century it’s a much more casual affair in our fabulous programme of skittles weekends with many of our guests enjoying all the facilities at our hotels.   One of the new kids on the block is the Fire and Ice experience at our favourite Derwent and Carlton Hotels in Torquay.  It’s the talk of the town here with many locals enjoying this unique experience.  Trust me, this exactly what the Romans must have enjoyed on their regular spa days, an exhilarating mix of hot and cold – and just the perfect relaxation in between all the action on our weekends. 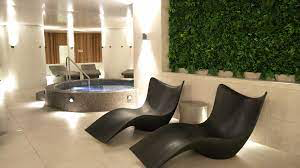 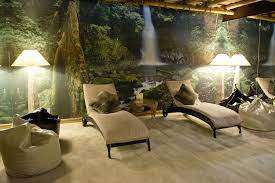 It’s going to be my big treat when I’ve hopefully completed the London Marathon in October.  I’m in serious training now my next major fund raising challenge for Cancer Research UK.

Running a marathon – if you haven’t tried it and it’s highly recommended – isn’t something you can just pull off on the day.  It’s a slow build of regular running over several months to get the stamina required.  I started my training in April and I’m now at the halfway point, doing 3 runs every week.  I’m currently clocking up 21 miles a week now. In September I’ll be up to 25 miles a week.   I’ll be honest,  it’s relentless and gruelling.  You discover bits of your body that you never assumed would hurt.  Promise me, the pain lasts until your next run.  But while I’m pavement pounding, I think of my treat at Fire and Ice when the race is done.

This will be my third marathon so I should know better! I began with the New York marathon in 2009, trained for London Marathon in 2013 but had to pull out due to injury so this will hopefully be second time lucky.

So that’s my August, running, cycling, getting fit – along with some much needed R n R.  Let’s enjoy August for all its weather challenges, a chance to take the foot off the gas a little bit, spend precious time with family and friends, making up for the last two lost years of lockdown.